Eugenio Suarez eyes the home run crown, but has some challenges

Anytime someone is included in a statistical statement with Alex Rodriguez, it is probably a good sign.

This is the case with Eugenio Suarez, who became the first third baseman to hit at least 45 home runs since Rodriguez hit 54 in 2007. In fact, Suarez has quietly been one of the most consistent, power-hitting third baseman over the past four seasons. He has consistently seen in the low-500 at bat range and has increased his power numbers every single season.

In 2016, his first full big league season, Suarez hit 21 home runs. He increased that to 26 in 2017. However, he saw a huge influx last season, launching 34 bombs and driving in 104 runs, his first time over the century mark. 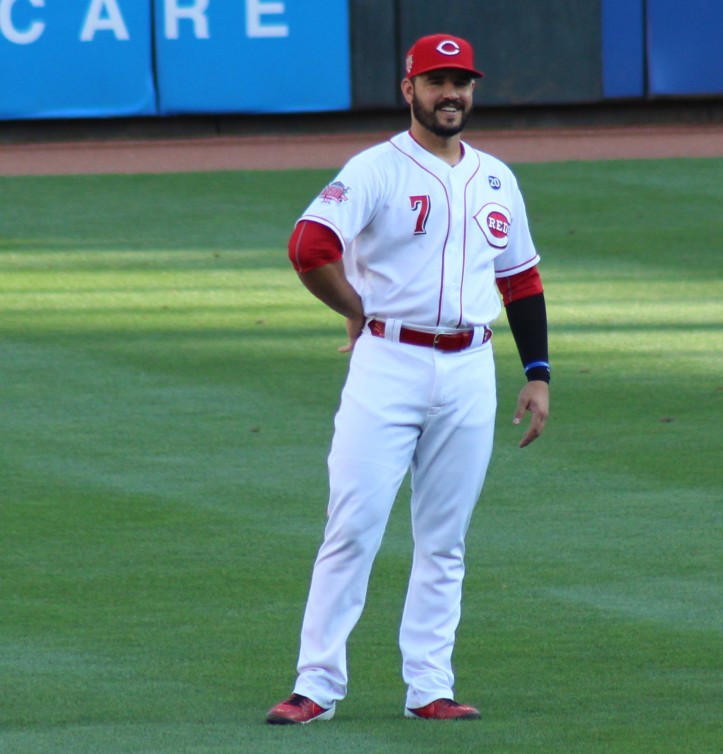 This season, he has taken this to a new level. Through Thursday night, Suarez is tied for second with 45 homers in all of baseball, with likely American League MVP Mike Trout. The duo trail Pete Alonso by just two.

Suarez might not be a household name because of Cincinnati’s struggles over the past half-decade, but he is well on his way to getting to that point if he is able to put together another strong finish to September and overtake Trout and Alonso for the home run crown. While the trends don’t point to this, as July and August are Suarez’s traditional most powerful months, he also has already hit six home runs in 10 games in 2019. In those 33 at bats, Suarez has posted a 1.443 OPS. That compares well to Alonso’s five homers in 11 games for the month.

The biggest challenge is that the Mets still play two teams who allow more than the league average in home runs, while the Reds play only one. Cincinnati also plays two of the six stingiest staff with allowing long balls in the Mets and the Cubs to finish the season. Plus, one of the opponents for the Mets is a trip to Coors Field for Alonso. If this plays out how it has all year there, Alonso might have the home run title wrapped up by early next week. Regardless, Suarez has had an unbelievable power year and should never be counted out.

Along with his offensive outburst, Suarez has also made himself into a solid defensive player as well. Coming up as a shortstop, he was transitioned to third base before seeing significant playing time in the Major Leagues. In his first full season at third for the Reds in 2016, Suarez committed 23 errors. However, he showed his effort he puts into his craft and committed just nine errors the following season. While this has slipped the last two seasons, Suarez has still molded himself into a very capable defensive third baseman.

With the total package, Suarez is showing the Reds that they made a wise decision to give him his big pay day of seven years and $66 million. He is also locked up until the 2025 season, when he will be turning 34 years old. Additionally, with the apparent decline of Joey Votto, Suarez is set to become the face of the franchise. He is coming into his prime power years just in time for this as well.